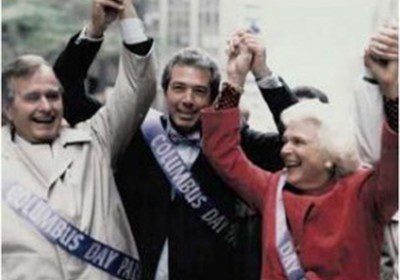 
Posted in Blog, Looking Back

Former Congressman Marty Russo talks about the Chicago Columbus Day Parade in 1986 when Vice President George H. W. Bush and Barbara Bush joined in the fun. As an Italian-American in Chicago, one of the iconic experiences is the yearly Columbus Day Parade put on by the Joint Civic Committee of Italian Americans.


Posted in Blog, Looking Back