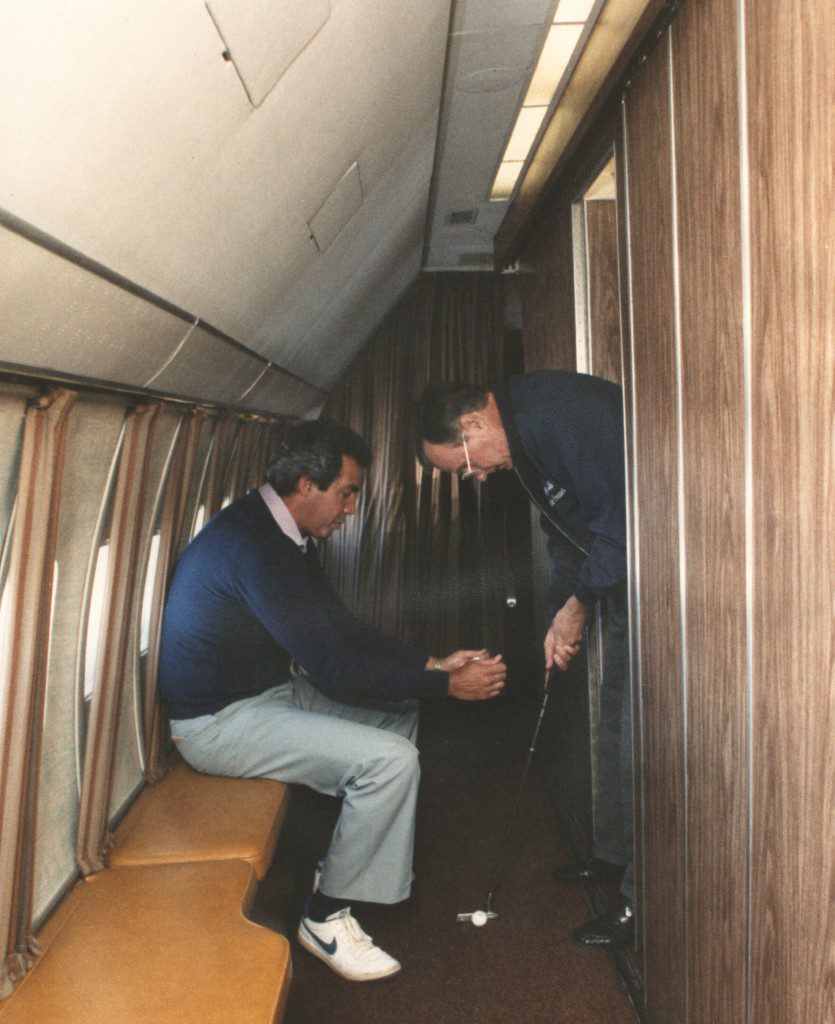 Some of my fondest personal memories in Congress were those days when I served as the regular paddle ball partner for President George H. W. Bush. We played as a team in the House paddle ball courts for all eight years he was Vice President and continued for the four years of his presidency. I can tell you that he always played to win. This reminds me of a photo taken by the official White House photographer in 1984 when I was flying on Air Force Two. The Vice President and I were relaxing and next thing I know, the VP asked me to give him a putting lesson in the aisle of the airplane. He was always looking to gain a competitive edge and took any opportunity to hone his game.

Here’s a second photo where President Bush added his funny note, “Whoops, I missed it.” This photo also includes a very dear friend of mine who recently passed away, the great Republican Congressman Mike Oxley of Ohio. A couple years ago a USA Today published an article titled, Golf, Politics and Presidents Prove To Be Range Bedfellows, by Steve DiMeglio. It’s a great piece on how presidents and golf intersect and it ends with a quote from Congressman Mike Oxley. In the article he echoed my feelings about how sports enabled a lot of bi-partisanship in the Congress:

At the very least, golf provides memories. One of Oxley’s favorites occurred on Air Force Two, when he was traveling with then-Vice President George H.W. Bush and Democrat Marty Russo, one of the best golfers ever to be a member of Congress.

“The VP was moaning and groaning about his putting. So one of the Secret Service guys went down into the hole and got his putter,” Oxley says. “There we were on the plane and he’s getting a putting lesson from Russo.

“It was a great moment of bipartisanship.” 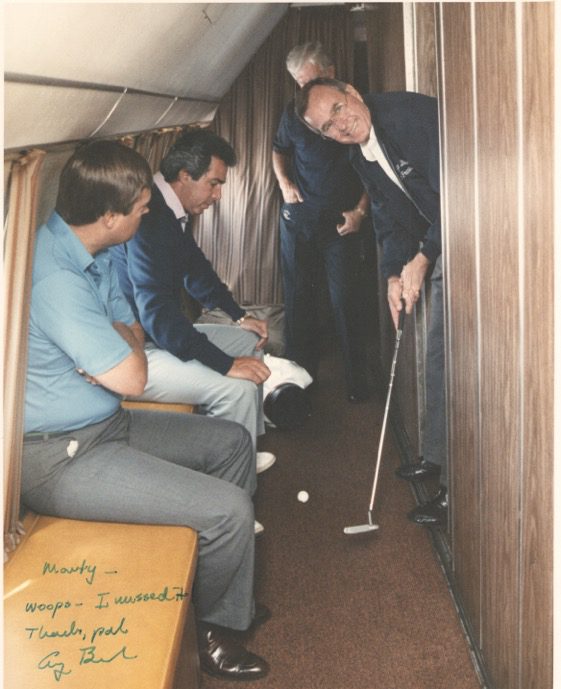 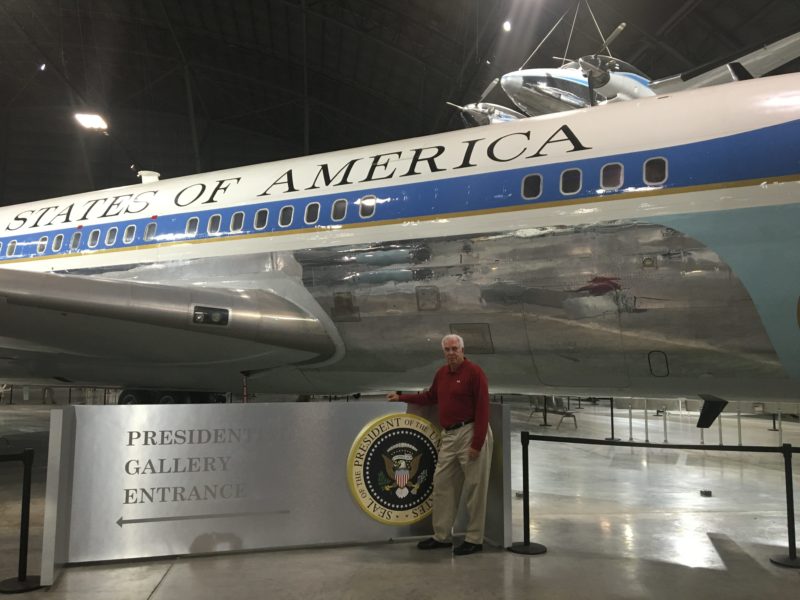 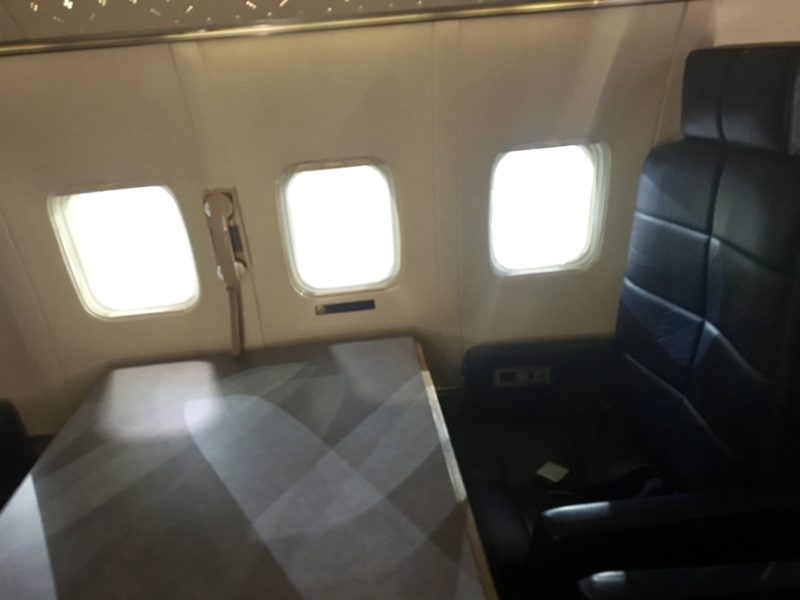 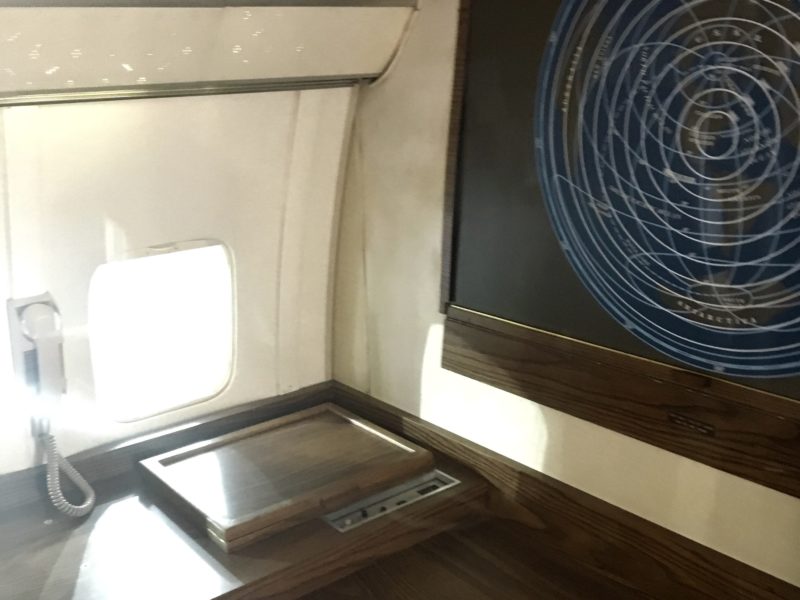 A Picture’s Worth A Thousand Words

I’ll never forget my first time riding on Air Force One with Presidential Jimmy Carter.  It was fun to relive the memories when I visited the National Museum of the United States Air Force in Dayton, OH

It was surreal to go onto the helicopter that flew President Richard Nixon from the South Lawn of the White House to Andrews Air Force Base where he boarded Air Force One for his last flight home to his home in California.  You can do your own Richard Nixon “V Sign” if you visit the Nixon Presidential Library and Museum. 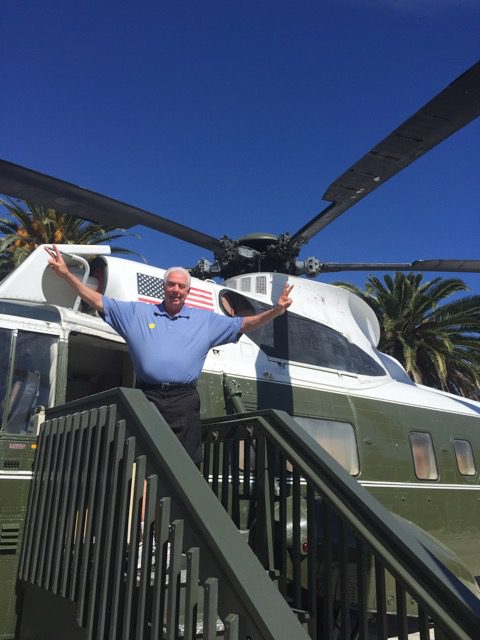